Book 1 of the Nathan Fox Series

An Elizabethan spy needs to be skilled with a sword, dagger and gun; a cryptographer; fluent in languages – and fearless.
Where do you get such a man…?
…you find a boy and you train him.

Young Nathan Fox is a boy actor in the same company as William Shakespeare. His life in the theatre has taught him a thing or two about disguises and deception – but nothing can prepare Nathan for the dangerous and shadowy world he is about to enter as England’s youngest spy.

Nathan Fox: Dangerous Times was shortlisted for the Waterstones Book Prize in 2007 and The Branford Boase Debut Novel Award 2008.

“This is an incredibly original novel full of high drama and adventure, which is likely to transcend both the teenage and adult markets. This really does have everything as it is a very clever mix of a historical novel that weaves Shakespearean (don’t run away please) figures with other historical figures of the time alongside modern gadgetry, an intelligence network to ensure that England remains the mightiest super-power and…sound confused? Well, don’t worry –  it’s so brilliantly handled by this talented new author that you’ll be compelled to read it virtually in one sitting.”
LoveReading4Kids

“Dangerous Times is terrifically fun, clever and accessible. Nathan himself is well-developed and the use of Shakespeare’s Othello is fascinating. Full of, but not burdened by, period details, Dangerous Times should appeal to fans of both historical and spy fiction (and, of course, Shakespeare!)”
Greg Leitich Smith, GregLSBlog

Interested in the real history behind this Nathan Fox novel?

Each novel has its own Fact Book full of fascinating detail about Elizabethan life. 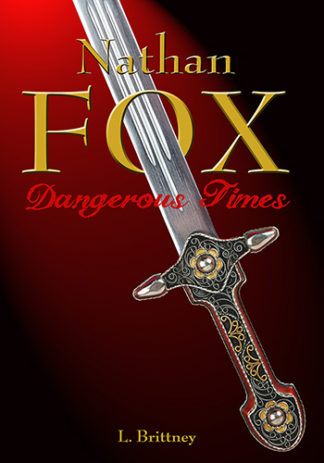