The Body in Berkeley Square

Book Three in the Mayfair 100 Series

LONDON, AUGUST 1915
The body of an unknown woman is discovered, stabbed, in a Mayfair square. She is expensively dressed and yet the autopsy reveals that she had been working in the munitions industry.
The women of the MAYFAIR 100 team begin to try and uncover the woman’s identity through her clothing, whilst their police colleagues investigate the harsh world of manufacturing munitions.
What they become involved with is top level industrial espionage, as well as a murder investigation. 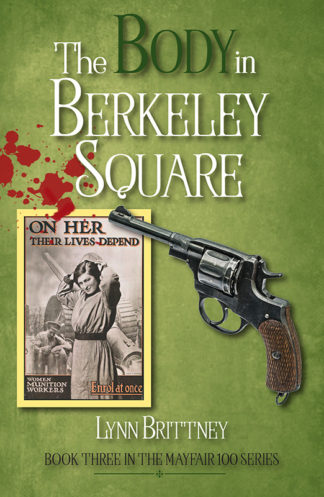 You're viewing: The Body in Berkeley Square £8.99
Add to cart