The Corpses at Waterloo by Lynn Brittney

LONDON, SEPTEMBER 1915
When Constable Billy Rigsby, along with his mother and aunt, goes to The London Necropolis Railway Station at Waterloo, to attend the military funeral of a neighbour’s son, proceedings are interrupted by the unexpected and brutal murder of a young woman.

In a panic, Billy telephones Mayfair 100, to assemble the team, and they descend upon the station to find not only a murder to investigate, but also two empty coffins, plus another coffin containing a headless and heavily tattooed body – obviously not the body of the young Captain whose name is on the coffin lid.

The team then follow a trail of police corruption; a robbery that requires the assistance of the military police, and several violent crimes borne out of a selfish love affair.

The investigations of the team take them into unusual and disturbing aspects of wartime life. 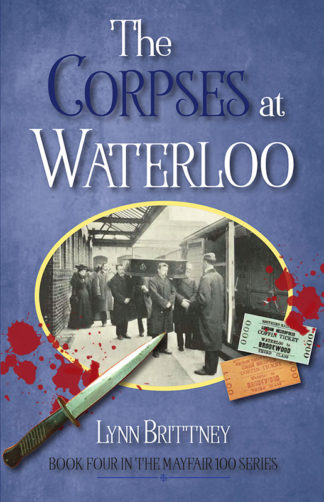 You're viewing: The Corpses at Waterloo by Lynn Brittney £8.99
Add to cart